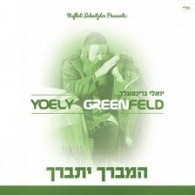 If you have been to a wedding recently, you might have gathered that, sporadically through the event, singers like to change their pronunciation of words and sing as a typical Chassid (or Chussid). As one singer told someone, “Chassidishe is in!” Do you agree?

As one not from the Chassidic sect (though I tend to love Chassidishe vertlech, I have chassidishe relatives, and I love Chassidim) it is not often that I have an easy time listening to a whole album sung in the chassidic twang. However, Yoely Greenfeld has blown me away.  I was first introduced to him when his music video for Yechadshehu (Track 11) went viral (http://www.youtube.com/watch?v=4L8DYQsAy2w). The clarity in his voice, and the soul put in to every song makes this album a great find. Perhaps, as one colleague pointed out, this album has gone, “under the radar”.

There are many great songs on this album; however, the following really stood out to me:

Hamvurach Yisburach (Track 1). This song serves the purpose of your classic Jewish wedding style rock song. Nothing out of the ordinary with its arrangements, but right off the bat, you are struck with the beauty of Yoely’s voice. His voice is high energy, consistent, and extremely pleasant to listen to.

Eimusei (Track 2). This song is based on a Gemara in Sanhedrin (on the bottom of daf Tzadi Ches amud Alef). Rebbi Yehoshua ben Levi went out to meet Moshiach and said, “Shalom Alecha Rebbi U’mori… Emus Ka’asi Mar? My rebbi, my teacher, when are you coming?” Moshiach responds, “Hayom – today”. Reb Yehoshua ben Levi runs back to Eliyahu HaNavi upset, because Moshiach said he is coming today, when, in fact, he did not.Eliyahu Hanavi tells R’ Yehoshua ben Levi, “he will come – Im Bekolo Tishmau, if we heed his voice.” The message of this song is a powerful one. Moshiach is ready to come, and he is just waiting for us to be ready as well.

Yuchid Imyichud (Track 3). This took a few times to listen to, because it is a bit different. This song has a horabeat and the words make it easy to latch on to and learn quickly. Additionally, the musical arrangement for this song is unique and kept me interested.

Zemer (Track 4). This song, based off of a Maharsha on a gemara in Sanhedrin (daf Tzadi Tes amud bais at the top). The gemara says, “Rabbi Akiva Omer, Zemer b’chol yom, Zemer b’chol yom. Sing every day, sing every day.” The song quotes the Maharsha that says that a person should sing their Torah learning in order to know it well. This song has a jazz feel to it. I would normally not tell you that jazz and chassidishe go hand in hand, but this song, about Zemer, is very cool and invigorating.

Ivnei (Track 5). The title is not a typo, for Invei, but how Yoely pronounces Uv’nei! This song is a rock song composed by Yoely himself, and the lyrics were provided by none other than Lipa Schmeltzer. Great musicians perform on this song, including arrangement by Moshe Laufer, guitars by Avi Singolda, piano by Eli Laufer, and the brass section led by Daniel Flam. Let me know what you think of this one!

Al Tirah (Track 6). This is a beautiful song arranged as a soft rock ballad. The arrangement, by Ruli Ezrachi, makes this an easy listen. Yoely is able to show his vocal skills, highlighted by a perfectly executed modulation mid-note near the end of the song. This song is the perfect length and a real pleasure to listen to.

Akdamus (Track 8). I cannot speak for everyone, but when I am in shul listening to Akdamus, it does NOT sound like this song. This song was composed by Yitzy Waldner and has a rock feel. There are parts of the arrangement that have 80’s tendencies, but the rest of the song is pretty straight rock. It is not what I envision in shul onShavuos but this song is entertaining nonetheless!

Hu Yeitiv (Track 10). I do not understand Yiddish, but this song had some technological enhancements by Yitzy Spinner, and has a cool techno feel. In addition to the chorus of Hu Yeitiv (or Hi Yeitiv) from bentching, this is a Yiddish heavy song. This is definitely a cool way to praise the One Above for the food he has given us; however, I just do not think the kids will catch on just yet!

Yechadshehu (Track 11). As I mentioned above, my first introduction to this song was a music video I found on youtube. The words are from Rosh Chodesh bentching for which I usually become emotional myself. Perhaps, that is why I feel strongly as to the beauty of this song. It is sung with heartfelt emotion and the words do all the talking. However, I would like to point out that he eloquently pulls off a couple of modulations throughout the song, which is a credit to Naftali Schnitzler’s arrangement. The modulations and falsetto that Yoely uses adds an element to this song that makes it one of my current often played favorites. A gitten Chodesh and a git Yom Tov! 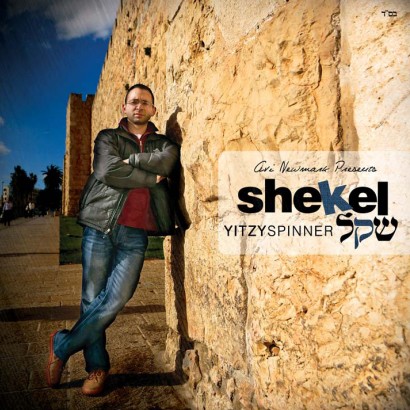 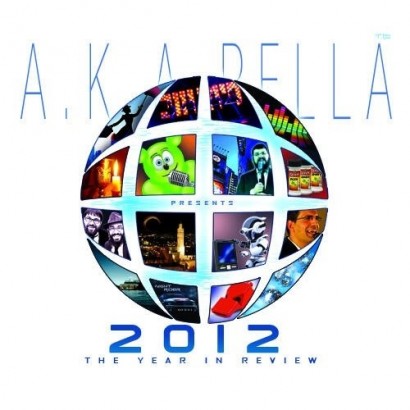 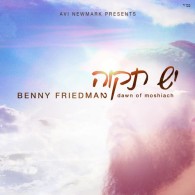 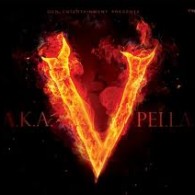