It has been over five years since the release of his debut album, you and i, and in that time, Yitzy Spinner has been involved in countless projects.  Known for his legendary choir work, his impeccable vocals, his unique compositions and his highly respected work as an orchestrator and conductor, Yitzy is one of the rare few who has successfully made the transition from child star soloist to a highly respected and much sought after member of the Jewish music business.

With the release of his all new single Shekel, Yitzy literally bursts back onto the charts with an unprecedented original composition that takes Jewish music to triumphant new heights.  Featuring background vocals by both Yitzy and Mike Boxer, and the talents of Yaron Gershovsky, Eran Asias, Conrad Korsch, Oz Noy and Ian Freitor, this Avi Newmark production gives a fresh, new face to Jewish music that simply oozes over seven minutes of pure, musical goodness.

Shekel, with words that come from the yotzros said on Parshas Shekalim, was a tune that popped into Yitzy’s head one night before an already scheduled recording session over eighteen months ago and is the first of several new singles that will be released in the coming months.

In a break with tradition, Shekel will be available on iTunes as a 99 cent single, giving listeners the opportunity to spend pocket change for a single song, instead of having to lay out a significantly larger sum to purchase an entire album.

“We are hoping to make this the new model for Jewish music, the one song album,” explained Yitzy. “We keep our costs down and the listener knows exactly what they are getting.  One great song  at one low price.”

“I think this an important new direction for Jewish music, giving people the option to spend money on single songs as opposed to buying full albums,” added Newmark, who hopes that listeners will be receptive to his innovative new concept in Jewish music sales. “People always complain that music costs too much.  For 99 cents, we are providing people with something that has real value and helps them support Jewish music, all at a price that won’t break the bank.” 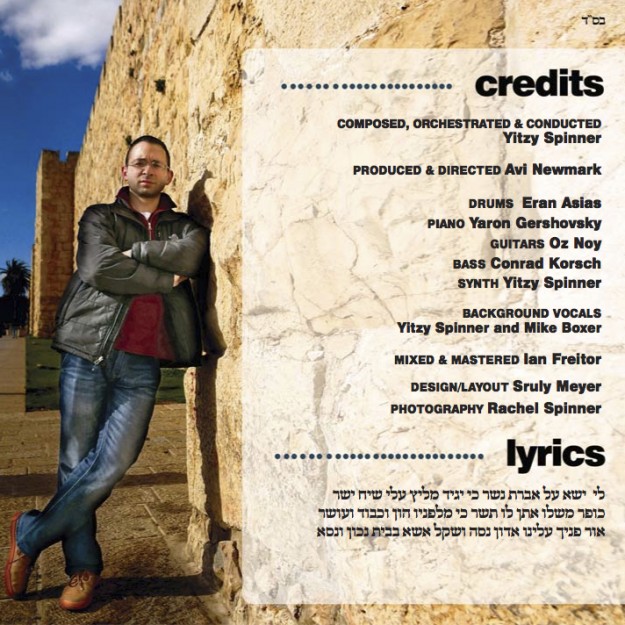 ‹ Yitzy to appear on the new A Cappella Treasury – Yom Tov release.